Hit enter to search or ESC to close
Fashion

“Fashion is the armour to survive everyday life.”

We are not new to trends .There emerges a new trend every minute around us. Be it social media or cinema, there is always a new trend that we must follow or know about. But the most prodigious trends occur in the fashion industry.

Ever been fascinated by the camouflage prints or pea coats? You will be surprised to realise the origin of these clothing styles. Their origin is the military. Military expresses uniformity.  Fashion expresses one’s true self. It represents individualism. 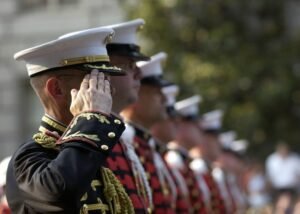 How did individualism and uniformity come together? That is an interesting fact to think about.

Military wear has undoubtedly influenced fashion in an unimaginable yet astounding way. Today a lot of clothes have the camouflage prints. The camouflage print for military officials were created to blend them with the environment during battles. The irony here is,these prints in daily clothing have made people notice them.

What’s an outfit without the coolers? No outfit is complete without those.  The Aviator sunglasses have proven to be one of the most stylish sunglasses. Some more military influenced clothing includes the combat boots, flight jackets, cargo pants and khakhi pants. 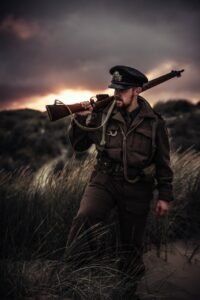 Fashion and music also go hand in hand. Many celebrities have worn military based attires for their performances and award shows. These costumes have made them look all mighty and strong. It feels as if they are on the battlefield when they perform wearing these costumes. This shows the kind of vibe and energy the costume produces. 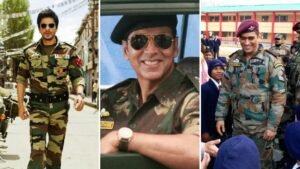 I’m sure all of us agree to the kind of influence the military possess towards fashion. It must also be kept in mind that these attires are strong symbols of bravery. It is also a sensitive subject because it represents a very huge part of any country. It would be really well if these attires are not misused  and receive the dignity they require.

Evilato is pronounced as E-Vilato. E stands for e-commerce and vilato is a sanskrit word for clothes.

Evilato, as the tagline says: Fashion for the fashionable generation, is an Indian fashion e-commerce platform helping people to find their perfect look at their budget price.